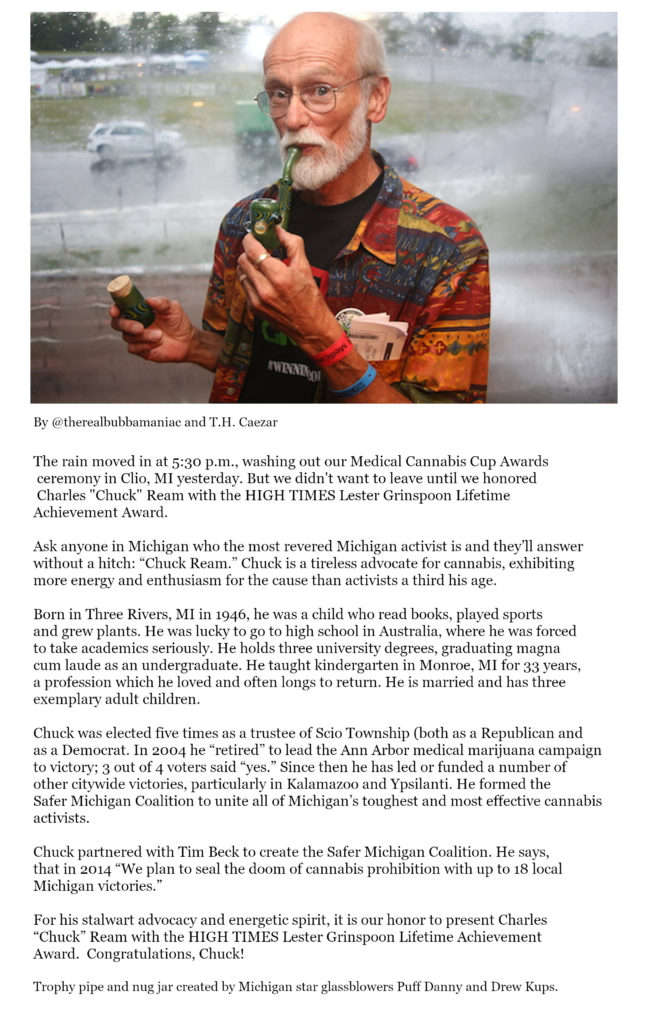 Chuck’s activism spans more than 50 years and ranges from the Peace Movement in the 1960s to the long and successful struggle to decriminalize marijuana in Michigan. By far his activism on marijuana was the longest running but not the least significant (or noticed) as evidenced by his extensive FBI and State Police files as well as the almost decade long work with Youth Liberation in the 1970s.

Chuck is a man of seemingly relentless energy when it comes to speaking out and advocating for change. After the resoundingly successful campaign to legalize recreational marijuana use in Michigan in 2018 Chuck segued immediately into a campaign to “Decriminalize Nature” in the city of Ann Arbor. This campaign was successful in short order: Ann Arbor city council voted to decriminalize plant-based psychedelics.